Committee member Brenda Thomas brought along a piece of bomb shrapnel that was found in her loft in the 1970s to the community hub meeting on Monday.

The bomb landed near the junction of Elm Tree Road and Charlotte Road during the Second World War and destroyed a number of properties.

Brenda’s property was about 50 feet away – and a piece of the bomb remained in her loft for three decades before it was discovered.

Have a listen to Brenda explaining all here:

Thank you to Wendy Pearson for this map that shows where the bombs fell in and around Stirchley during the Second World War. The red dots indicate the bomb sites. 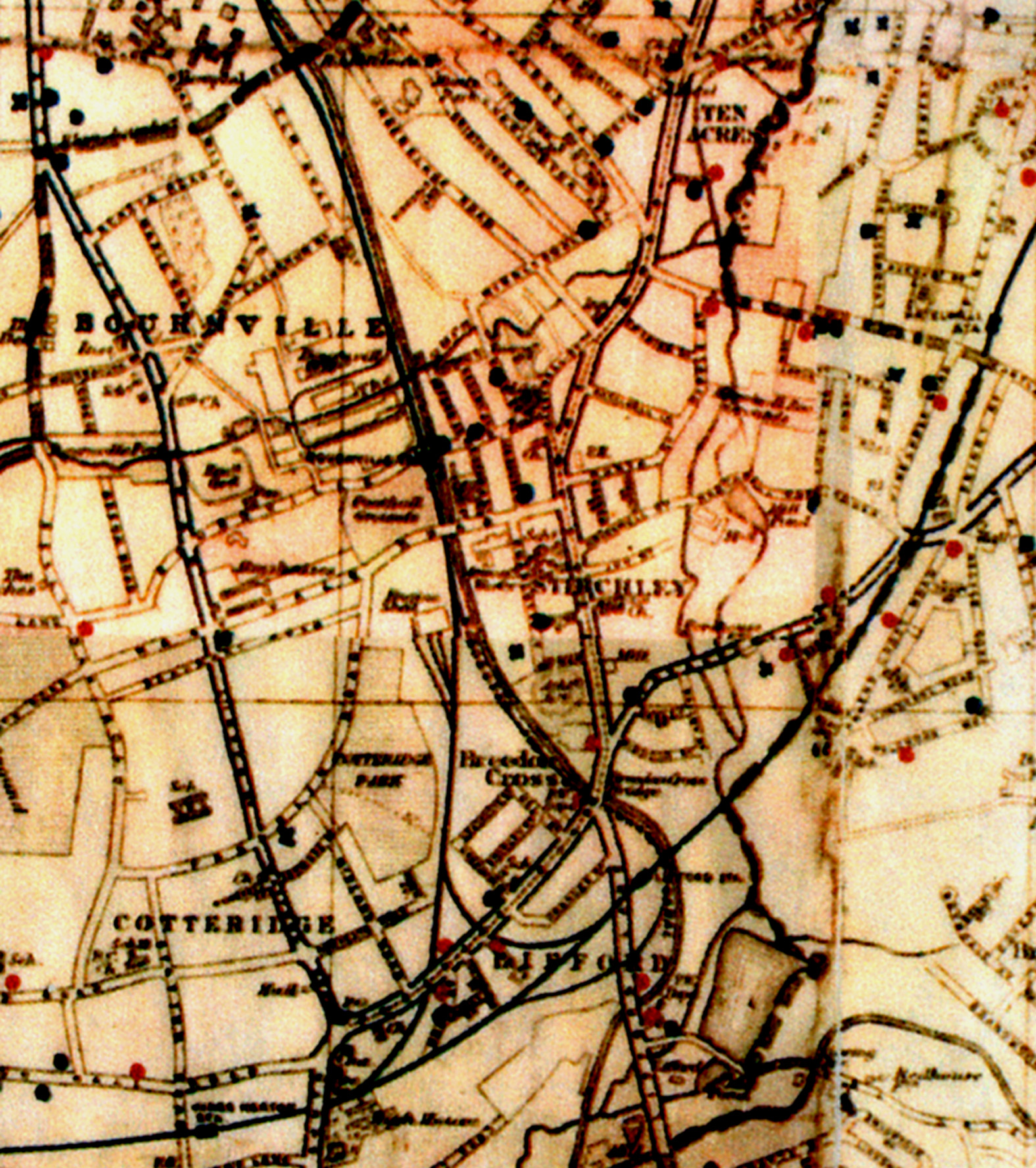 Do you have any information about bomb sites in Stirchley or any stories to share?