Stirchley Baths has led something of a double life. Since 2016 it has operated as a lively community hub, but the building is full of reminders of its former years as a public swimming baths and wash house. Our heritage tours take you back to 1911 and earlier when the Baths were built to serve a fast-growing local community. There’s also an opportunity to go into the former pool and the tunnels – the only time when this is possible.

We have 4 tours planned for 2019. Places are strictly limited so please book in advance! You can reserve a place at Stirchley Baths reception or online at stirchley-baths-heritage-tour.eventbrite.co.uk. 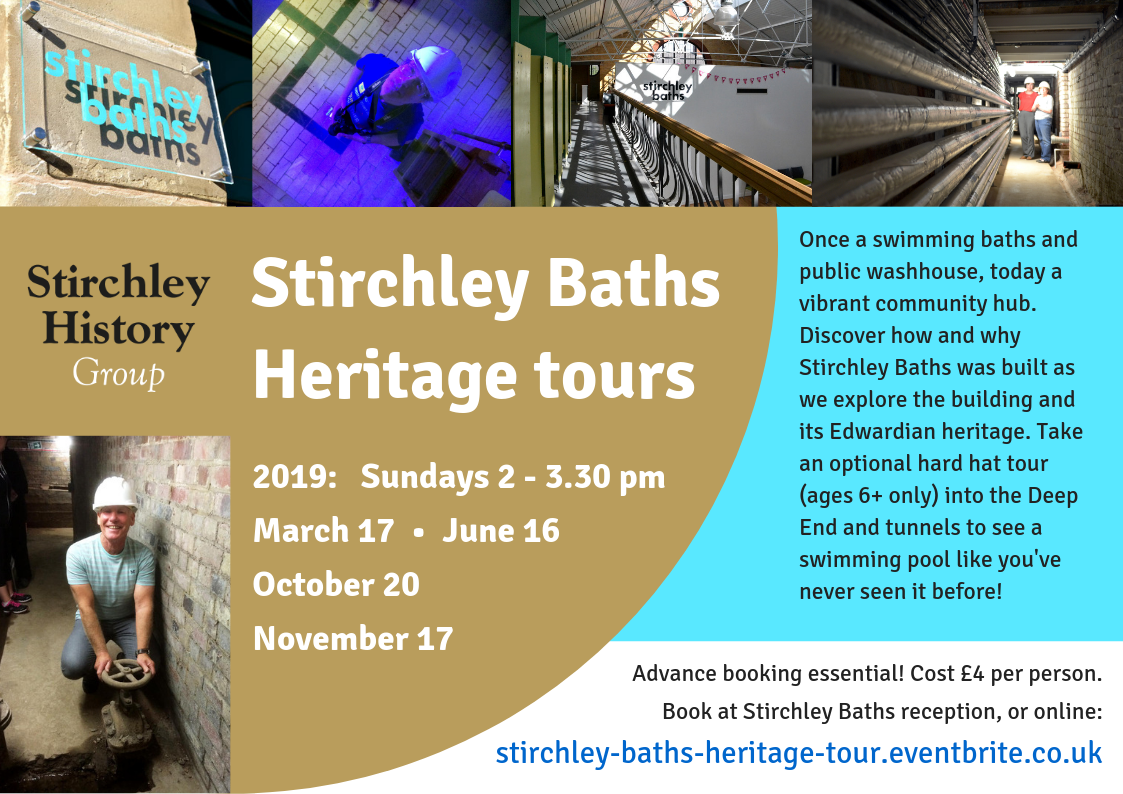 It was great to meet Emma Larkinson and Jayne Murray from Place Prospectors to hear all about a piece of artwork they’ve been commissioned to produce as part of the project to bring Stirchley Baths back into use as a community hub.

In fact, Emma and Jayne (who organised the Stirchley Prospects and Love Stirchley More events) will be producing two pieces of artwork.

The first will be a piece of participatory art that will be started in June when the funding bid to the Heritage Lottery Fund (HLF) is submitted. It will be called (somewhat fittingly at this critical stage in the project) ‘Sink or Swim’ and will require lots of community participation, so we’ll keep you updated on the details for this so you can get involved.

The second piece of artwork will be housed inside the community hub and Emma and Jayne have a number of ideas that they’re working up. They talk about them in detail in the interview but some ideas include:

What do you think of Emma and Jayne’s ideas? You can get involved and pass on your thoughts and ideas by mailing stirchleybaths@gmail.com or connecting with us on Twitter and Facebook

Some of the ideas come from the history of the site long before the Baths were built. Research by Emma and Jayne has uncovered some fascinating details of what took place on the site, including:

1830: The Beer House Act led to the opening of many beer houses in an attempt to minimise the drinking of gin! The Black Horse beerhouse and stables opened on the site of Stirchkey Baths in this year

In the 1890s a wonderfully named Blood Tub Theatre was on the site, a tent theatre to present old melodramas 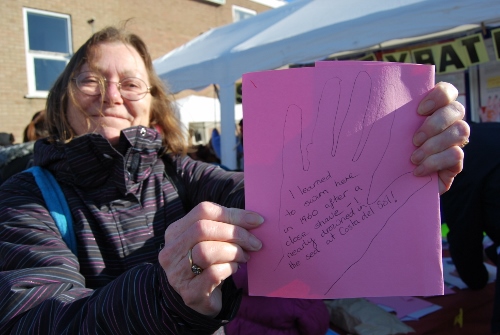 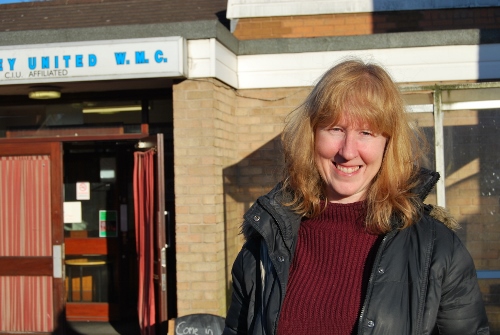 Fiona Cullinan shared her memories of learning to swim at Stirchley Baths in the mid-70s at the recent Stirchley Community Market.

Fiona remembers people queuing round the block in the long hot summer of 1976 and the pressure from her friends to lose the armbands before swimming lessons began in earnest at school!

Fiona lived in London for 20 years but has returned to Stirchley and is more keen than ever to see the building restored and brought back into use.

Fiona talks about her swim passes in the interview and she’s very kindly sent us some photos of them. Thanks Fiona!

You can see more of Fiona’s Stirchley Baths photographs HERE by the way, including lots from the open day at the building in 2011

Do you have some memorabilia from Stirchley Baths that you can share with us? Drop us a line at stirchleybaths@gmail.com or connect with us on Twitter or Facebook. We’d love to hear from you!