These are just rough notes taken at the stakeholder meeting held on 12th November 2013 at the Stirchley Community centre.

Karen  explained that the project still had to be finally approved   at the council cabinet – the cabinet meets on Monday 18th –  this will also approve the contract for the work.   that means that by Friday of following week we should be able to place orders with the contractors and we’re looking at starting on site in the New Year – starting before will mean paying for nothing to happen.

Acivico ( Gio and Mark) are a company wholly owned by Birmingham City Council and they deliver the capital works for the council – they deliver schemes and return profit back to the council.

James  Morris from Mansell (part of Balfour Beatty) explained they have done a number of conservation projects before and work in partnership with the council.  He;’s currently working on Chamberlain House in Moseley – another listed building.  They have been involved with the project for almost 2 years – which means they can plan thoroughly before it starts.  We used experienced people for conservation from wherever they find them.

John Lucas  says he used to work with Sapcotes and was the site Manager for the Back to Backs in Birmingham and has done the Bournville Lane Baths for Cadbury – including work on Black Countyr Museum and the Bethesda Chappel in Stoke.

Mark is the architect (plans available here) – the plans have been shown a number of times and have planning approval.  There have been negotiations with the Coop around a plan to provide better access around the Friends Meeting house – if that happens another planning application will go in but will run in conjunction with the build.

qWhat is the cost going to be and could it go up.

A – the target cost is fixed and will be fully public from Monday.

q How much has the plan shifted from the first scheme

A The one that got approved had a shift to flexible/multi- functional  community spaces.  Following talking to people in Stirchley – the message was more space for groups to use the building and that the building is flexible.  there will be a telephone kiosk connecting to council advice services.

Q  Will it be used for council offices in the future?

A There may be flexible services there on some days – but not envisaged that  permanent council offices.

Q  Any plans to connect ot to the library so it becomes a larger site.

A there was an early plan to do that but cost meant not.  There will work together – and this building can also provide space for larger exhibitions – there could be self service book return etc in the hub.

Q  Will it be possible for the CAB to have an office –
A We are actively pursuing all voluntary organisations who may wish to provide services from within the hub. The building is there for what the local community would like to be there.

A – If we are able to work things through with the coop it will help to separate cars and pedestrians a little more. Tesco has planning approval so some road improvements will happen and a pavement widening will helps with pedestrian safety.

Once all is approved a commission will go out for a part time heritage officer for 3 years – including the first year of building work. There are also heritage activity and interpretation plan. The commission will probably appear on Find it in Birmingham – hoping to get someone ready to get started in the new year.

Offer made to learn to use the kit and add stories to Stirchley baths site.

Q asked that if equipment ends up being damaged can it be replaced through free cycle.

Do you want to be a part – not exclusive.  What would be expected… Not everyone goes to every meeting but it has had consistency and input in terms of improving and developing  ideas for usage etc.  We don’t pretend to be representative – but we are from several areas and interests.  Another said – it has been interesting – especially given the connection with the current Community centre.

From the council’s perspective this is your building.  There will be more opportunities/ space than the current community centre may offer.  For example the  theatre/cinema potential.  The council is also keen in being challenged to get it right.  J

Point from the floor Stirchley Urban Resource Network – appeared at first like a virtual community centre. This is an example of how the “spirit of Stirchley” should be captured – heritage can remind us that we have a vibrant community here and have had it for a century.

Many people from outside Stirchley are still interested in what happens at the Bath’s.

The switch over from existing community centre to the new one.

Tesco  have vacant possession of the current community centre from March 2014.

You can find the plan for the Tesco development on the planning portal.   Cllr Rob Seeley explained that  Tesco still have to submit a detailed plan –  but have outline planning approval.  An update about business response can be found on the Lifford Lane Business Associaiton site.

Mohammed explains what is likely to happen to community groups

There are currently approx. 20000 users come through the doors for sessions at the community centre.

We have 20 loyal good groups here ranging  from parent and toddlers to senior citizens. They are all volunteer led and they have many skills within the groups.
Alternative venues being explored include:

The Library
We might also approach the Police Tally Ho centreWill arrange open days for these venues and there will still be staff to support their use by groups.

Q How will the hub be staffed

A  Current staff at the community centre will be transferred – but the longer aim is that building will be a community asset transfer –  leased to a community group.

Q Once it is community asset transferred the site will have to sustain itself – pay for staff that are needed.

A  There wont be an asset transfer unless the community group can sustain this.  In terms of  external funding there are also many more funds that can be applied for from a community group rather than BCC

Q Would the asset transfer go to an outside group or a larger group from elsewhere or could it be a newly formed group.

A – It could be either – a new group could be an umbrella for many active organisations. They will have to maintain the Spirit of Stirchley.  At this stage the asset transfer is an idea – a proposal.

Q How long are the leases

A Because of EU constraints the lease can be 25 years at most.

A  It has developed consistency in the last 5 years – open, fair and transparent.  The aim it to transfer to a viable community based  organisation that has a local community focus.  There are about a dozen current  active CATs  in Birmingham varying from organisations with one building to neighbourhood assets.  The organisation has to demonstrate and programme  inclusive use.  They also have to be a not for profit organisation. There will also be conditions from Heritage Lottery Fund for their grant.

Q Has there been any more information as regard the Jewish bath that was there.A It could be an area that needs more exploration.

The walkthrough on the 30th.  – The steering group have a development half day on the 30th November and will going into more depth on Community Asset Transfer, the building plans and social media. 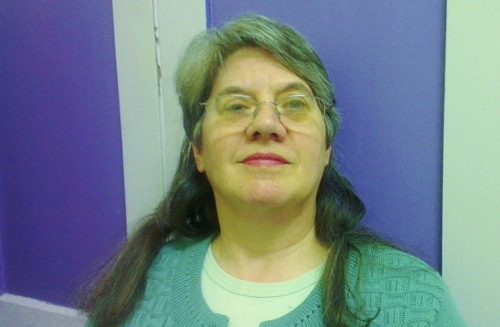 Paula Aubrey joined Stirchley Community Group over 20 years ago to get involved in the village’s community centre and she’s been hoping to see Stirchley Baths brought back into use for the community for quite some time. Paula is a member of the Stirchley Baths community stakeholder group. Here she explains why… There’s a meeting tonight for the wider community stakeholders interested in news from the Stirchley Baths project and the Stirchley Community Centre.