Being over one hundred years old the park has a varied history, not least that during WWII it was used as a firing range by the Home Guard. Last year the park was home to an event as part of the Heritage lottery Fund bid for Stirchley Baths- ‘Sink or Swim’. The redevelopment of the baths means the bowling green which sat adjacent to the park is now to be used for other purposes. In the early part of the 20th century The Stirchley Social and Working Mens Club formed a bowling team and this became their home for the next eighty years, the teams won several awards. Once the redevelopment work on the baths is complete there will be access from the park to the new community hub.

In 2012 improvements started to happen in the park and this led to the development of the Friends of Stirchley Park; a group of volunteers led by chairman Peter Evans. The group works to promote and improve Stirchley Park for the community. Since their formulation, noticeboards and benches have been added to the area. Here’s a great video illustrating community involvement. 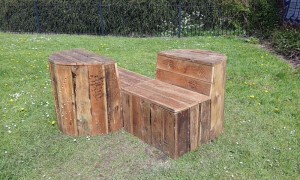 The park boasts many exciting things, including the Bourne Brook which provides respite to local ducks. Last year the Stirchley Love Seat was kindly received by the friends of Stirchley Park and is the second permanent artwork Place Prospectors have commissioned for the Park – the first being ‘Sleeping Child’, a graffiti artwork painted by Title.

The park is also home to the 5 O’ Clock Club- a group of dog walkers who meet daily. Recently I was lucky enough to meet Marvin, Lucy, Alfie and Ferrous. Their owners do a daily litter pick of the park and are currently working on a botanical survey to discover what wild specimens the park boasts. 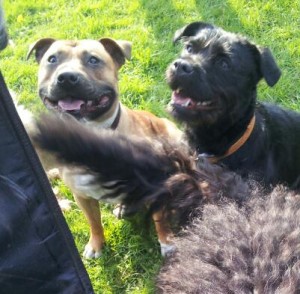 In February last year, in partnership with Birmingham Trees for Life, five Hawthorn trees were planted to help shield a boundary wall. More improvements have been proposed, including additional planting, seating and graffiti. The Friends of Stirchley Park and local councillors are keen to hear ideas from local residents. The park noticeboard recently asked for ideas for new graffiti artwork. The park is a place for all the people of Stirchley to enjoy and get involved.