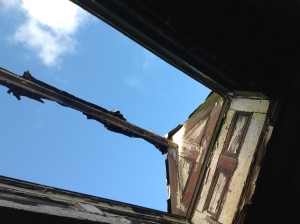 Following the arrival of the crane, poking out of the top of the site, refurbishment work has progressed following some delay because of asbestos and its removal. New scaffolding is up, walls are being removed and rebuilt, the old boiler and filtration tanks have been removed and the white hoarding boards are now around the frontage. Attached are some of the recent photographs from the site – kindly sent through by Steve and Jon from Balfour Beatty and a few of my own arty shots !! 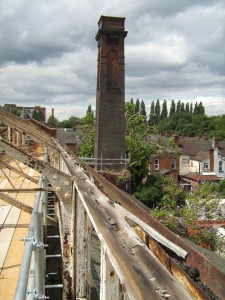 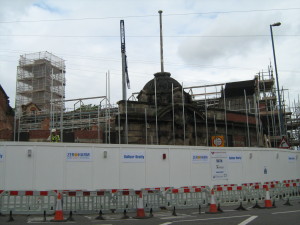 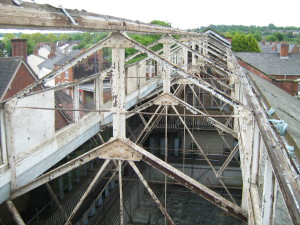 A very successful open day for invited community stakeholders was held in July which allowed everyone to see some of the work – one of the most interesting bits being the basement, almost set out like an old roman  baths!

On 6th September Mark ( scheme architect) and I enjoyed ourselves at the excellent Stirchley Bash event in Stirchley Park with  the up to date proposals for the site including the proposed much improved 2 way entry/ exit system to the car park – attached below. What do you think?