This Saturday 21st May Stirchley Baths presents a very special performance, for one time only, of Advance with Feathers. The live performance is the conclusion to a year long collaboration with artist Justin Wiggan who has created new work around the redevelopment of Stirchley Baths and the themes of hope, transition and future. At the performance you will also receive a limited edition 7″ vinyl recording of the new sound piece created. 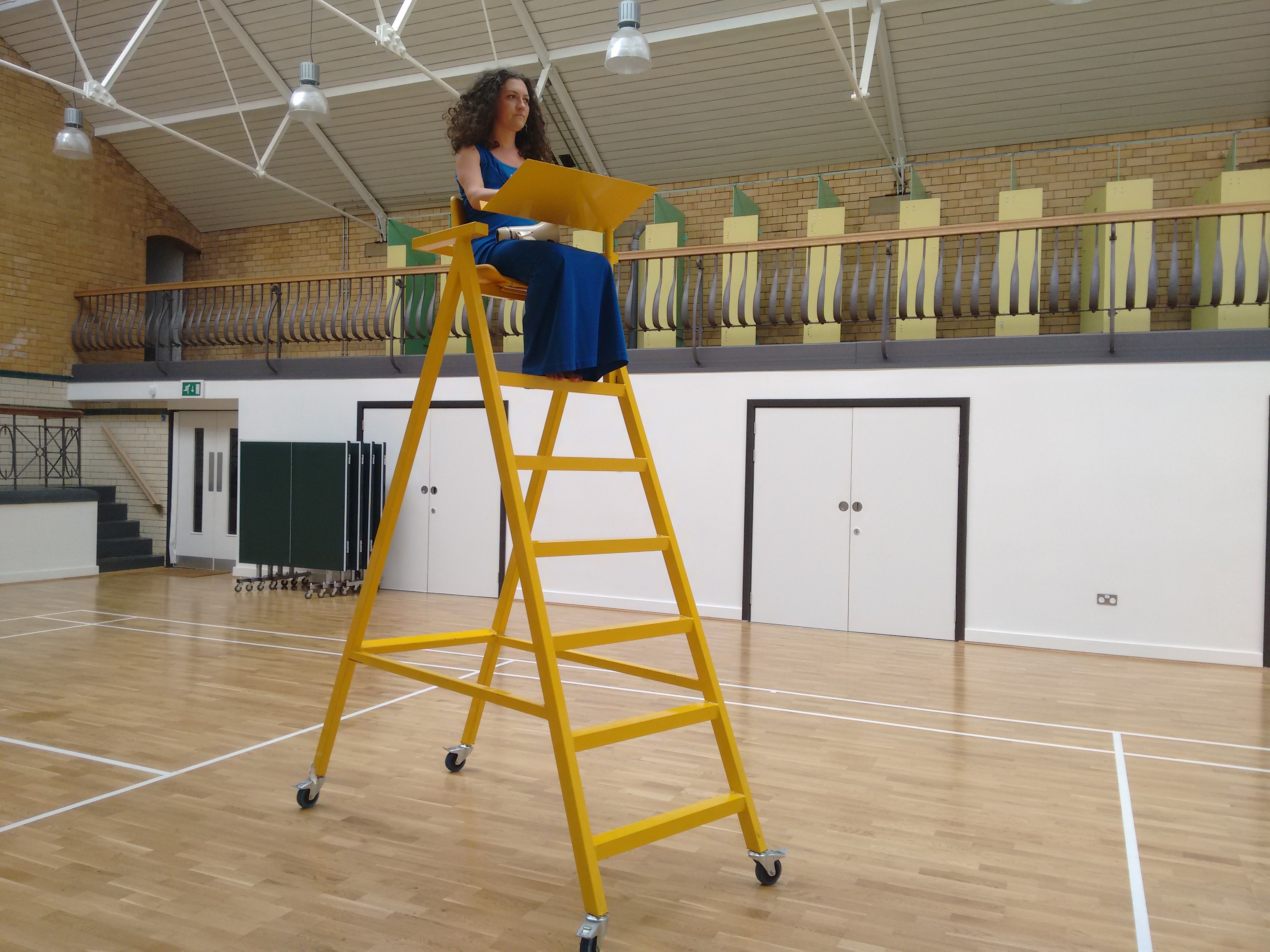 Saturday’s performance will be a moving sonic experience for the audience who will be part of an installation of film, building materials and balloons while award winning opera singer Suzanna Purkis fills the main hall with voice from on high in her lifeguard chair.

Justin and the ‘Centre for Curious Sonic Investigation’ worked to produce the project with Kate Andrews, and several volunteers. Participants patients from Stirchley’s St. Andrews hospital, children from Cotteridge Primary School and the local community to collect words and sounds that participants associated with hope, transition and future.

Advance with Feathers has been funded by Arts Council England and Heritage Lottery Fund.

Book tickets here via Eventbrite, limited tickets will be available on the night but cannot be guaranteed.

Discover the new Stirchley Baths with paper and pencils in hand at our ‘Draw & Explore’ event. Whatever your age or artistic experience, we invite you and your family to a drawing day led by Stirchley based artist Carla Smith who will help you get your creativity flowing. A selection of the drawings created on the day will be chosen to be framed and shown in the new exhibition area at the baths.

The event will start with a tour of the baths followed by an opportunity to draw and explore around the building. No booking necessary, all materials are provided. The café will be open 10.30am – 4pm.

Stirchley Baths’ final-stage bid for Lottery funding will be submitted on 17th June 2013. It’s a pivotal moment in the history of the project and of the building itself.

This moment was marked with a fantastic participatory arts event at the Baths on Saturday called ‘Sink Or Swim’, organised by Place Prospectors.

Local people came along to weigh in their support for the project (literally!) and transformed the word ‘Sink’ in balloons into ‘Swim’. Dozens and dozens of balloons were weighed down with a ‘thumbs up’ ceramic weight. Visitors to the event chose a balloon…

and had their ceramic hand weighed in.

A record of the weight was made in a special ledger, which they signed, and their balloon was added to the ‘Swim’ board.

Slowly, over the event, the word ‘Sink’ became ‘Swim’ – genius! – before all of the balloons were popped at the end!

and well over 200 people visited the event, many sitting on the old bowling green behind Stirchley Baths to have some food.

At the end of the event, the water area even became an impromptu paddling pool!

It was a really wonderful day! Huge thanks to Place Prospectors for creating such a fantastic way for local people to show their support for the Heritage Lottery Fund bid, and especially to everyone who came along on the day.

The HLF bid will be submitted on 17th June, with a decision expected in September…

To see lots more photos from the day click below